Types of Fantasy Football Leagues You Can Join 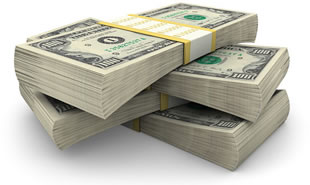 Commonly referred to as one-week fantasy football leagues, this twist makes it a fun way to enjoy the entire NFL season by drafting new teams every week. You start a new season every week. Didn’t like how last week’s players performed? Draft an entirely new team of players this week. You can also enter as many weekly leagues as you want. Make changes to your teams leading up to game time. When the NFL games start, your lineup is set for that week.

When your weekly fantasy teams finish in the money, your winning cash is deposited right into your account. Then you can draft more teams for next week and/or easily cash out. Don’t wait all season long to get paid!

Traditional fantasy football is a season long league, played with 8 to 16 team owners who are usually friends or co-workers. They each pay an entry fee and the money is distributed to the winning owners based on each leagues criteria and custom scoring systems. It started in the 60’s and has grown right along with the popularity of the NFL and has become easier to join leagues, track and manage your fantasy league points and standings and become less time consuming to manage multiple leagues. Top owners in the league receive cash, trophies or whatever prizes you like.  Common iterations are Sandard Leagues, PPR Leagues, Snake Drafts, Auction Drafts.

Similar to traditional fantasy football leagues, but the team owners usually don’t know each other. These leagues are facilitated through sites like ESPN.com and NFL.com to go along with their fantasy football league manager systems. Some of these leagues are free, some require you to pay a one time entrance fee. Prizes are usually cash, but the NFL is now offering leagues where the prizes are official NFL merchandise and game played balls and gear.

What is Fantasy Football?

Fantasy football is a game where every day people like you and me, get to draft and be the general manager of their our very own NFL fantasy team(s). Each league assigns a scoring system which corresponds with how the players perform on the football field. So, if you draft Adrian Peterson to be on your team then the stats he accumulates during his NFL game this week will score you points in your league game. The object is to pick the best players for your team in hopes they score big during the weekend NFL games. Leagues now can last one week, one season, the season plus the playoffs and any variation thereof.  As you can see above there are many iterations of fantasy football including free leagues, one week leagues, weekly leagues and traditional season long leagues.

What Is Real Money Fantasy Football?

If you don’t strive for perfection, you will never achieve it.
– Bill Walsh

To win at real money fantasy football, you must know the rules, the players, your competition and more.